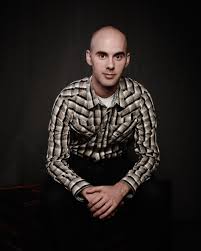 I was twenty-one in 1992, living in Toronto with my first boyfriend. We’d spent our last two years in high school dating in secret, so by early ’92, I was relieved to be out, proud, connected. The public streets were still hostile. Dangerous. Bedrooms were dangerous. Sex was dangerous.

That second year of university, my creative writing prof was the silver fox Sarah Sheard, so tall, lean, and elegant everyone was a little in love with her. She invited us to a posthumous book launch of I.Q. Zoo, a short story collection by Peter McGehee, who’d died of complications from AIDS only months before. In Toronto. Sarah was reading with a bunch of other folks who would each do a selection from a story. Readers included acting legend Jackie Burroughs, who played in everything, even the iconic Canadian Road to Avonlea.

The library event was powerful. The white-walled room was full of Peter’s friends, still grieving. I was struck how somebody in my city had been writing gay fiction. And had it published. People were reading it, they were interested. They cared. High profile, famous people cared about queerness, the HIV-positive, writing.

The stories in I.Q. Zoo were funny, sharply-observed. They threw open the windows of your heart and let fresh air in. The stories blazed. After that book, I bought everything, Beyond Happiness, Boys Like Us, Sweetheart.

In I.Q. Zoo’s title story, the narrator accidentally walks in on a man waiting for an X-ray in an AIDS ward:

After my appointment he is waiting for me. No words are exchanged, just a look, and I follow him to his apartment.

He crumples into my arms. Burrows against my chest. Carefully, cautiously, I help him to undress. His skin is like paper covered with stories I have read again and again.

He wants to know if I will hold him until he falls asleep.

Of course. I will do anything.

He tells his AIDS counsellor that he doesn’t want to go to group therapy, which makes the man think our narrator is a failure:

“I’m very serious,” I tell him. “I’ve joined an activist group. We burned the health minister in effigy yesterday.”

Peter McGehee was the guy you hoped to meet at every party you ever went to, someone casual but serious, who could make you laugh, loudly, and insisted on talking about important things. He resented small talk, because so many people in the world needed love. Were dying. Here was a writer you could fall in lust with, who you could trust to tell the truth. His was a fierce and angered optimism, a shove towards justice, a kinder future. The stories insisted on it, made our better future be his legacy.

Michael V. Smith’s latest book is the memoir My Body Is Yours (Arsenal Pulp Press), which examines his complicated relationship with masculinity. He is the 2016 mentor for the Emerging Writer Mentorship Award recipient. Deadline for applications is November 27, 2015.