Plenitude Magazine invites emerging Canadian queer writers to enter the Emerging Writer Mentorship Award. In February, 2015, the award was for fiction and the winner was Sasha Boczkowksi.

Eligible writers have yet to publish their work in book form. Submissions for the 2016 Emerging Writer Mentorship Award for Creative Non-fiction are now open. One emerging Canadian LGBTQ writer will be awarded a mentorship is with Michael V. Smith.

The mentorship will take place over three months, some time during the period from March 1 to July 31. The mentorship includes two rounds of manuscript evaluation of up to three works of non-fiction (maximum 12,000 words total), and two phone or Skype meeting with mentor. In order for the winning writer to benefit the most from this mentorship, they must be able to work on revisions during that time, and be forthcoming in conversations. 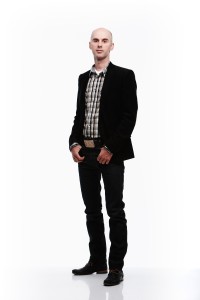 We asked Michael what he hopes the Emerging Writer Mentoship Award winner will gain from this experience:

The deadline for submissions is N DECEMBER 11, 2015

Please submit ONE work of non-fiction of up to 4000 words using Submittable. In your cover letter, please answer the following questions in 500 words or less:

1. How long have you been writing?

2. What are your strengths and weaknesses?

3. In your current writing project, what are you struggling with?

4. What do you hope to gain from working with a mentor?

Submissions will also be considered for publication in the upcoming issue.

OPEN TO CANADIAN LGBTQ WRITERS ONLY.