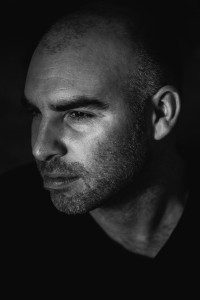 The Hard Return, a book of poems by Marcus McCann, is a lover that confesses into your mouth during sex. It creates space inside the reader; spelunkers through you, cool and disconnected, then suddenly seizes something precious. It creates a new and almost extrapolated kind of literary criticism, taking friendly jabs at the Canadian writing demi-monde, set to an aberrant soundtrack of saxophone solos. The Hard Return employs language as an organic material, grafting words and sounds into each other with deep sexual proclivity. Not a syllable is wasted; rather than teach an austerity of pleasure, it encourages luxuriating and loitering in the back alleys of his poems. One day, someone will get the idea to use this book as a break-up letter, because woven into it are the molecular sounds of bodies that regret nothing that was physical, transcendent, important. I suggest reading this voluminous volume, this world within a microfilm, in one sitting on a bench in a botanical garden after spending some time with vines and other creepers, and preferably plants that are new to you. There is one poem, or prayer, that you’ll want to recite with somebody else. Listen; spelunker.

Daniel Allen Cox is the author of the novels Shuck, Krakow Melt, Basement of Wolves, Mouthquake, and the novella Tattoo This Madness In. He co-wrote the screenplay for Bruce LaBruce’s 2013 film Gerontophilia. Daniel was a 2015 writer-in-residence at the Zvona i Nari Library & Literary Retreat in Ližnjan, Croatia, and is currently the vice president of the Quebec Writers’ Federation.