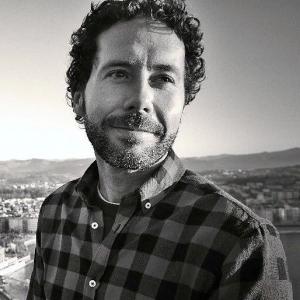 “I’ve always been a fan of restraint, in both literature and life—what’s held back, what’s not said, the untold story unfolding and germinating underneath the main action. I’m a fan of the short stories of Adam Haslett, Amy Hempel and Neil Smith (among many, many others) for this reason. They’re all superbly skilled at capturing the unspoken nuances of desire—its electric heartbeat and dark-hearted despair—in taut, engaging, stripped-down prose. Andre Aciman’s novel Call Me By Your Name takes restraint to a whole new level. Set one languid summer on the remote Italian coast, the book tells the torturous, exhilarating story of seventeen-year old Italian teenager Elio and his relationship with twenty-four year old Oliver, an American graduate student living in close quarters with Elio’s family for the summer months. Anyone who’s known the wild, exuberant joys of an intense and obsessive love will know the story well. Over the course of the hot summer months, Elio studies Oliver like a religion. He analyzes Oliver’s every word and gesture and contemplates with precision his every possible motive. And while Elio is madly and deeply in love with Oliver, he continually holds his emotions in check, their clipped, restrained encounters leaving no clue as to whether his sentiments are returned. The tension reaches a joyous and painful climax towards the end of August. Told retrospectively and tenderly by an older Elio, with a deep sense of nostalgia, Aciman’s pitch-perfect prose and haunting descriptions of the relationship and its aftermath are scenes I return to day after day in my mind. It’s literature that continues to teach me about the value of holding back and leaving certain currents in my own work and world breathing just under the surface.”

Trevor Corkum’s fiction and non-fiction have been nominated for the Journey Prize, Pushcart Prize, and a Western Magazine Award. He’s just completed a collection of short fiction and is diligently at work on a novel set in North End Halifax.