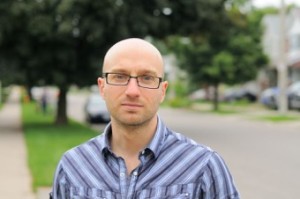 I first read Denton Welch a few years ago. Actually, that’s not completely true. I read his short story “When I Was Thirteen” in Alberto Manguel and Craig Stephenson’s anthology Meanwhile, in Another Part of the Forest a good decade or so ago. It’s probably Welch’s most anthologized story, and it’s about a boy who spends his Christmas vacation at a ski resort in Switzerland probably some time in the 1920s. While his brother is off skiing with friends, the narrator spends much of his time by himself reading, drinking hot chocolate, and eating “little tarts filled with worm-castles of chestnut purée topped with caps of whipped cream.” At one point he befriends an acquaintance of his brother’s, a fellow university student named Archer, someone the elder brother is loath to acknowledge. The narrator chalks it up to Oxford snobbery. One day the narrator and Archer spend the day skiing together. The narrator is fascinated with his new companion and even starts to hero-worship him. After their day on the mountains the two return to Archer’s guesthouse, where the narrator bathes in his companion’s tub water. Nothing happens—nothing sexual, that is—and it’s only at the end of the story, through the elder brother’s shocking fury, that we learn what it is about Archer that the brother abhors. The story is beautiful and erotic, sensuous in its descriptions of the French pastries, the snow, and the scent of sweat emanating from Archer’s clothes, and vivid in its ability to recreate the way a thirteen-year-old would experience a world that’s just beginning to open up to him. And as such, homosexuality remains an as-yet unnamed, unidentified undercurrent. 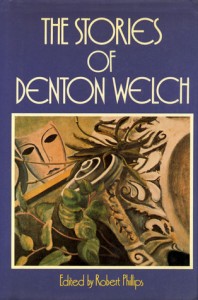 I made a mental note to read more Welch, but that never happened until just a year or two ago. And I really don’t know why I waited so long. Reading Welch is like uncovering a box of hidden treasure. The kind of thing I described above—the eye for sensuous detail, the unstated homoeroticism, the solitariness of his narrators, and that pervasive sense of not belonging—greatly appeal to me, so much so that I feel a strange sense of kinship when I read Welch. But most importantly it’s his delightful, gorgeous prose that attracts me the most. Even in those stories of his that don’t entirely work, his writing is beguiling and fresh, not at all sounding like it was composed about seventy years ago. Welch wrote only a few books during his short life (he died in 1948, in his early thirties) and is probably one of the most under-read writers out there, but I highly recommend The Stories of Denton Welch, In Youth Is Pleasure, and A Voice through a Cloud, his wonderful but incomplete novel.

Ron Schafrick’s stories have appeared in a number of journals, both in Canada and abroad. His story “Lovely Company,” which first appeared in Plenitude, was reprinted in Best Gay Stories 2015 and in The Journey Prize Stories 27. For nine years he lived in South Korea but currently calls Toronto home. To find out more please visit www.ronschafrick.com.