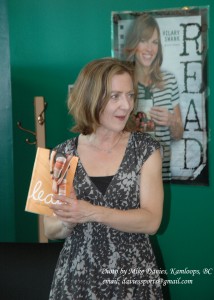 Sub-Rosa & Other Fiction, Catherine Bennett’s collection of poetic prose, couldn’t be more aptly titled. Sub–rosa means “in strict confidence, privately” and comes from the Latin for “under the rose,” an ancient symbol of secrecy. Not to mention female genitalia. Most contemporary English-language works of lesbian fiction trace their lineage either to Radclyffe Hall’s straightforward realism or to Djuna Barnes’s opaque modernism; following the latter, and imprinted by French post-structuralist feminism, Bennett’s text extends the lesbian experimental tradition.

In “Jane Eyre, Revisited,” Bennett provides an entry point to her difficult, often cryptic style. She explains: “If we stayed with Rochester things would be fine, but if it was to be girl gets girl we’d have to write something new.” Narrative conventions are thus suspended: we are asked to “just give a moment its character by going without a clue a bit longer.” Here, “character”—as particularity, tenor—results from resisting the driving force of plot. As for representation, its (im)possibility is explored in “b & w,” a piece structured as commentary on a series of photographs. The narrator, gripped by a fascination that yet does not objectify, speculates that the female model’s posture is designed to “Shy the face, and get them thinking”—a comment that elucidates Bennett’s own elliptical strategies of characterization 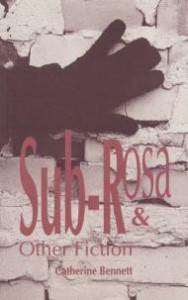 Bennett asks readers to sustain desire and to defer fulfillment of narrative expectations: “Patience for now: can you stand it.” In fact, the pleasures of this text unfold syllable by syllable. A linear time of beginning, middle and end cedes its place to musical tempo. Bennett’s prose often foregrounds sound and rhythm over referentiality, and its lush sonority more than compensates for the deferral of sense.

Furthermore, if Bennett’s readers must struggle to make meaning, they are not alone: her characters, too, grapple with living the “new” without a script. For example, the two refrains of “Lines”—“We can do it another way” and “We are fucking each other over”—convey the exhilaration and pain of transgressing monogamous norms in a three-way relationship. Both dread and desire fuel these short texts, whose postmodern characters, self-consciously constituted by language, experience themselves as “persistent” if not unified beings.

Typical of Bennett’s woman-loving incantations, “Loft” recounts the narrator’s relationship with a clarinetist/painter who sleeps in a hammock hung in the skylight of a warehouse:

The conditions of her life on the roof. It was something to pass through, your breath, your fingers. The self-conscious vertigo, drifting through the elevator shaft. Absorbed in her traces. None knew you there, no one was supposed to: you rose up without witness, up there above the city. Almost. Seeping. She was something to miss, she did it nearly; she was so like that. What you did by her, in this, as everything: the beauty of the words. If anything.

The women characters who enthrall Bennett’s narrators both inspire the text and grace it. But they are not captured in fixed representations. If anything, they are invoked with intimate rhapsodies, to whose lyrical intensity readers are fortunate to be privy.

(An earlier version of this piece was originally published in Paragraph: The Canadian Fiction Review.)

The author of the novel Touched and of the young adult novels Gone Wild, Leap, and Blow, Jodi Lundgren recently co-created a chapbook of writing and visual art called Tardy in Teal. Her tale of a pregnant gnome, illustrated by Brandi May, won an Honourable Mention in Geist’s Postcard Story Contest.