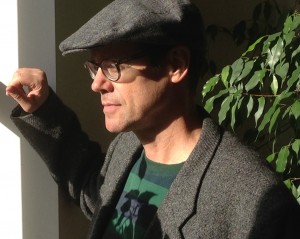 “Strip, a novel by Andrew Binks, describes the dancer’s ego as a ‘frail and determined thing.’ We meet a boy in Edmonton, a swimmer, who longs to be a ballet dancer. Strip follows the trajectory of this gay male dancer, and his frail yet resilient ego, from secret ballet lessons to eventual success as a member of a professional company.

“Of course success is relative. Our hero strongly identifies as a dancer, but also wants to pursue other dreams, such as romantic love. A decision is made⎯a leap of faith⎯and the novel really begins. Our damaged hero is forced to begin to follow his own improvised choreography, with unexpected consequences. An eccentric strip club in suburban Quebec City is especially memorable.

“Each chapter starts with a vivid rendering of a body part (the arms, or the back), bringing us inside all the pain and pleasure of being a dancer. Despite the singular story line (gay male ballet dancer turned stripper), the quest is universal⎯the journey to self-acceptance.

“The result is a grand achievement and a creation as rare and elusive as a unicorn⎯the great Canadian gay novel. Luckily, you don’t need to be a virgin to approach this rare beast.”

George K. Ilsley was first published in Queeries, the first Canadian anthology of gay male prose. His work then appeared in Contra/Diction, First Person Queer, Event, Prairie Fire, and many others. His fiction collection, Random Acts of Hatred, and a novel, ManBug, were both published by Arsenal Pulp Press. Most recently, a slice of memoir, “Bingo and Black Ice,” won the 2014 Lush Triumphant Literary Award for creative non-fiction.