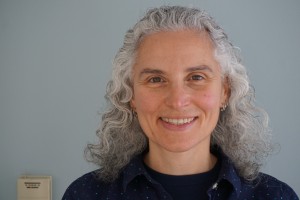 I was in a magic realist phase, reading a lot of Latin writers, mostly women, in translation. I loved the way these writers defied North American literary conventions. Anything could happen: a broken hearted lover’s tears fell into batter and made all those who ate the cake sob inconsolably; characters could return from the dead and instead of leaving me incredulous, it would all seem so normal. I don’t remember how Timothy Findley’s Not Wanted on the Voyage came into my hands, but once I started reading it, I couldn’t put it down. Here was a Canadian white gay male writer re-working the story of Noah’s Ark and it was, and is, marvellous: sheep sing in choirs; the animals speak to each other sharing knowledge; God makes a cameo; there are angels and demons, one of whom is gender fluid. The novel is a lesson in perspective and the power of imagination. It’s a tale about being an outsider and the special gift and responsibility that comes from not being like everybody else or seeing the world the way they do, and the importance of telling your truth.

Anna Nobile‘s work has appeared in various Canadian magazines and anthologies. She writes a regular column on the arts for The Local Weekly and is an Associate Editor with Plenitude Magazine.