A movie called Alien vs. Predator in which we go back in
time to fight everyone who hurt us when we were young.

about our neighbourhood. A version of Invasion of the
Body Snatchers that is sympathetic to the body snatchers.

Close Encounters of the Third Kind, which is about how we
need to teach everyone we meet to communicate. A remake

of The Island Of Dr. Moreau that portrays it as an elite
medical tourism destination. A remake of Escape to Witch 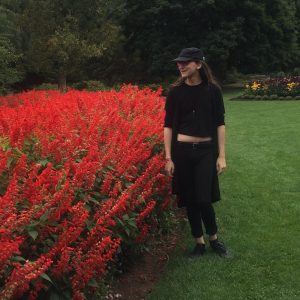 A. Light Zachary lives between downtown Toronto and Cap-de-Cocagne, New Brunswick. A writer as well as an editor of The Puritan, their novella The End, by Anna was published by Metatron and their first collection of poems, I’m scared, too., is forthcoming. Follow them on Twitter at @yyzachary.