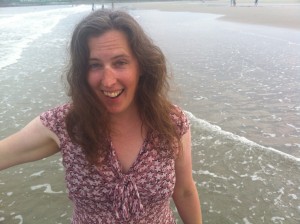 When Plenitude invited me to write about a book, I was paralyzed. You see, I’m like the guys who work in the record store in Nick Hornby’s High Fidelity with their top-five lists of songs for every occasion. Except instead of songs, I have top-five book lists.  For instance, I could do a top-five black lesbian book list: April Sinclair’s Coffee Will Make You Black, Dionne Brand’s What We All Long For, Mia McKenzie’s The Summer We Got Free, Audre Lorde’s Zami, and Alice Walker’s The Color Purple. Or here’s my top-five Canadian lesbian hockey novels. Kidding. There’s only one, Judith Alguire’s Iced, but it’s good.  I read compulsively. I feel uncomfortable if I leave the house without a book in my handbag. I once had this slutty girlfriend who stopped counting how many women she’d had sex with at seventy-five. She said, “There’s always something to like,” and I never could decide if that was admirable. I’m more particular about sex, but I’ve read in the neighbourhood of one thousand lesbian novels.  Other lesbians are more discriminating. Many lesbians have complained to me that lesbian books suck. Of course, they’re not talking about authors celebrated in the mainstream, such as Sarah Waters or Emma Donoghue or indie stars like Michelle Tea. They mean “lesfic”—lesbian publishing houses producing lesbian genre fiction.  I don’t believe there is anything inherently inferior or narrow about creating a fictional world in which love and justice prevail and hot dykes have lots of sex and adventure, but I understand the complaints.

I love lesbian (or non-lesbian for that matter) escapist fiction when it makes me escape. Poor writing and editing in lesfic has often derailed my ability to lose myself in a story.  A description of a swashbuckling butch character’s frustration that included the line “anger made her face twitch” is one such example. I immediately imagined the character had Tourette syndrome. Another jarring sentence in a different book was a sex scene in which a woman “hissed with excitement.” (Next time you’re in bed with a woman, try looking deeply into her eyes and hissing!)  It is also difficult to “escape” when a lesbian romance introduces issues of sexual harassment, rape, physical and sexual abuse, and homophobia in an extreme and unsubtle manner. At best, I feel as though I’ve been pelted with sodden loaves of spelt bread, and at worst that societal problems are being trivialized. Unhappy topics can certainly be addressed in escapist fiction (noir fiction and dystopias often present powerful critiques of society), but are more successful when metaphor is used. A wonderful example of this is the opening scene of Jody Scott’s brilliant gender-bending queer cult classic, I, Vampire:

“Get out!” Papa thundered.

“You are not our daughter. You are a limb of Satan,” screamed my fat, pretty little mama.

The uproar went on all night. I had made the childish mistake of confessing to the crime, then retracting the confession, and on and on until they shrieked: “You swore you sucked that priest’s blood!”

“I lied! I tell lies; everyone knows that.”  Snow had begun to fly, and torches blazed, but my parents were adamant about not letting me back into the house.… Something was tragically wrong with me; something that terrified others, but was minor, natural, and even quite pleasant as far as I was concerned.

The true dichotomy in fiction is not literary vs. genre, but work that succeeds and work that fails. To that end, I’d like to see “lesfic” up its game.  Obviously, there are systemic difficulties. We’re never going to be a big enough market for Random House to create a lesbian imprint while at the same time mainstream houses are only ever going to take on individual authors on a token basis, often due to a token lesbian editor. By and large, people, including lesbians, like to see themselves reflected in the stories they read, and we represent about 1 percent of the population.  What I want in “lesfic” is more quality, less quantity. I want publishers with professional experience in publishing; writers with MFAs in creative writing; reviews that don’t merely summarize and praise; and awards for merit, not community membership.  But enough with the negativity. Let me talk about lesbian escapist fiction worth bringing to the beach. In the last few years, I’ve enjoyed adventure-romances by Catherine Friend and Merry Shannon. Their sentences unwind smoothly, and they seamlessly transport readers to distant centuries and imaginary lands. Detail is applied like skillful makeup, alluring without drawing attention.

What I most like though are their femme characters. Lesfic is sometimes as banally sexist as mainstream fiction with an endless trope of bad boi narrators abandoning a parade of meaningless sex from ever-available hotties for The One, a good femme, a middle or upper middle class pedigreed poodle. Such books make me long for less stereotypical portraits of masculine and feminine women. Can we have a butch whose irresponsibility isn’t romanticized? A femme who is a bad girl instead of a redeemer? (It would also be nice to read about a femme wearing a strap-on for a change.)

Shannon’s second novel, Branded Ann, offers a refreshing contrast. Violet, the femme lead, avoids the bad girl/good girl dichotomy by being both—a former prostitute who constantly quotes from her beloved Bible. Her sexual skills are a source of pride, a testament to her ability to endure brutal circumstances, while her religious faith provides her with stoicism and insight. The butch lead, Ann, a cross-dressing pirate captain with a ruthless reputation, is thoughtful and strategic. In a harsh patriarchal world, Ann has used violence to survive while Violet has used her sexual appeal. Their relationship, which begins as abductor and captive, develops into mutual respect and equality. Ann may be attracted to Violet’s lush curves and femininity, but falls in love with her strength, observing, “Violet didn’t fight her circumstances; she simply refused to let them rule her.” Their first sexual encounter represents another reversal; Violet, who refuses to allow herself to be touched, gives Ann an orgasm.

Merry Shannon’s latest offering, Prayer of the Handmaiden, explores the conflict between duty and love. The androgynous lead, Kadrian, is the furthest thing from a bad boi that can be imagined. Like Fanny Price in Mansfield Park, Kade is timid, obedient, and altogether too good. She has forsaken her true love to devote herself to the Goddess by becoming a celibate priestess. But when the Goddess makes Kade a holy warrior, she discovers everything she thought about the Goddess, an understanding shared by her society, is, well, wrong. While true love naturally triumphs, the characters and the world they inhabit move in satisfyingly unexpected directions.

If you prefer mysteries, Elizabeth Sims has created a quirky noir series featuring an amateur detective with terrible judgment. Anti-heroine Lillian Byrd has a pet rabbit, strums her mandolin for change on the mean streets of Detroit, and continually courts the wrong woman and/or disaster. The series isn’t consistent, but Lucky Stiff and Easy Street are pure pleasure, funny and dark.

Another mystery series to read is by Kate Allen, featuring a butch dyke cop and her femme dominatrix lover. Allen’s novels defy easy classification as she blends the mystery genre with soap opera and satire. The best in the series is Takes One to Know One, an examination of moral authority. A weekend getaway on women’s-only land sounds like a relaxing change of pace for a dyke cop until a conniving shaman is found dead in the hot tub, and none of the “womyn” want to get “The Man” involved. This entertaining novel owes a debt to and can take its place with Murder on the Orient Express and Lord of the Flies.

For romance fans, I recommend Karin Kallmaker’s Wild Things. The writing style is plain, the font leaves something to be desired, but the book is straight up feel good. There is lots of angst about being gay (appropriate to the period and background of the characters), intelligent dialogue, likable characters, a masquerade ball, and delicious sexual tension of the “Oh, we mustn’t,” “Oh, but we must” variety. Enjoy.

Nairne Holtz is the author of This One’s Going to Last Forever (Insomniac, 2009), a Lambda Literary Award finalist, and The Skin Beneath (Insomniac, 2007), which was shortlisted for Quebec’s McAuslan First Book Prize. She works as a librarian and is finishing a new novel.