I learned jealousy
reading of a boy who kissed
a wall.

Oliver kissed here
scribbled on the brick.
I knew, then, love was breathing

yourself into another;
how boys feared getting caught
losing themselves through their lips.

And here was Oliver,
who could have carried me
with him forever,

giving himself away
to a red brick wall. 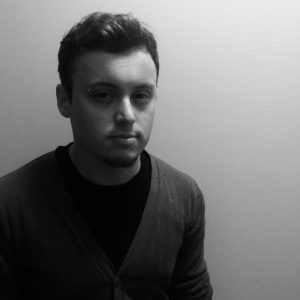 Dominik Parisien‘s work can be found in The Fiddlehead, Exile: The Literary Quarterly, and Uncanny Magazine, as well as other magazines and anthologies. He is the co-editor, with Navah Wolfe, of The Starlit Wood: New Fairy Tales, which won the Shirley Jackson Award. His most recent project is Disabled People Destroy Science Fiction, with Elsa Sjunneson-Henry. He is a disabled French-Canadian living in Toronto.