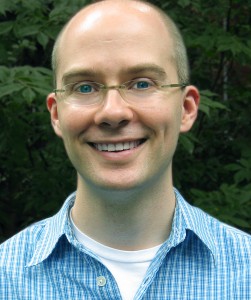 The latest Apple software update included a patch that fixed what many users had long seen as a glaring oversight: the lack of same-sex couples with which users could express themselves. The previous “People” category on the emoji keyboard had only included straight couples. Straight couples making kissy faces at each other, straight couples with children, straight couples doing the things most couples do. The only relationship between icons that could be read as something other than hetero was the pair of dancing bunny women. For the record, the pair remained untouched in the most recent update. Not everybody responded to the new update with excitement—a Russian senator by the name of Mikhail Marchenko complained that the new emojis counted as “gay propaganda”—illegal under Russian law. The law, created in 2013, allows Russian authorities to block access to websites deemed to promote homosexuality.

For those who live on social margins, representation is everything. Seeing oneself helps to validate identities that have previously been reason for violence, discrimination, and criminalization. That’s what Bruce Gillespie set out to do in A Family by Any Other Name. He gave readers the chance to peek inside the families of queer writers to prove that they’re not so different after all, despite what socially conservative lobbyists insist. The book is chock full of “how we met” stories, stories about births, deaths, adoptions, engagements, breakups, and divorce, fairly standard family fare.

Vulnerability becomes both a sword and a shield for the essayists within the book, and paranoia becomes something that can be worn or wielded when they are out and about with their families. The level of anxiety that comes with such stringent self-monitoring usually hinders the joy that a person gets from spending time with someone they love. Many of the essayists spilled ink on the anxiety that comes with being seen with their partner in broad daylight, and they describe the feeling that can never be shaken—not until queer families are seen as legitimate in the eyes of the law and the people it governs. Danny Glenwright describes the feeling in one question that courses through his thoughts whenever he is out with his partner: Can they tell? The goal of the book is normalization within the current understanding of family. This requires a fundamental shift in expectations to accommodate reality.

Most of the essays touch on organizational notes of frustration: two men practising their awkward chuckles for when they have to fill out “Spouse—Female” on preschool forms for their daughter. Authors recount what it was like to come out to their parents, and they explore that lack of love in their own reluctance to have children, something that Rosemary Rowe itemizes in a bulleted list that begins and ends with “I might fuck them up.” The thread of trauma that comes from a lack of acceptance from the ones who are supposed to love you the most runs throughout most of the stories, as writers grapple with loving their chosen families. Deliberate connections are a sacred part of the queer lived experience, because of the fragility of biological family. 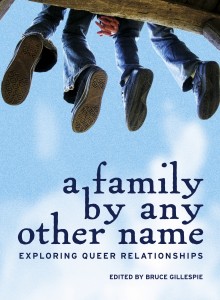 I never realized how hard my Mother worked to show me and my sister different types of families when we were younger—but then again, she’s a single queer black parent, and I can sympathize with her own frustration, because I never saw a family that looked like ours in any book I read or TV show I watched.

Gillespie could have done better by giving the collection a thematic structure. There are twenty-one essays in total, including his own, and they’re difficult to parse for subject matter. But families struggling to see themselves reflected fully can find comfort in these essays because they offer something that is pure and good: validation through representation.

This is why a Russian senator tried to block same-sex emoji couples: because Russian lawmakers know that the best way to foster self-esteem in queer people is to show them happy versions of themselves who are loved and accepted without having to hide.

Kennedy Ryan is a Toronto based writer. Her work has appeared on xoJane and She does the City.