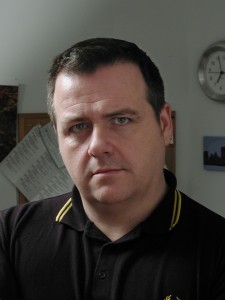 “Gorgeously mythic and ceremonial, Neil Bartlett’s Ready to Catch Him Should He Fall marked me when I first read it back around 1990. Its events unfold in a timeless time that somehow suggests the not-so-distant past and the aevum simultaneously, and in a place—’The Bar’—that also seems real and transcendent at once. The tale turns around a young man called simply ‘Boy’ and the flowering of his relationship with an older man named ‘O.’ Their deeply moving love affair is a sentimental, erotic, and political education for the youthful protagonist, but what we, as readers, take away from all the promiscuity, passion, late nights, and strange in-group rituals is no mere romance; it’s a portrait of the world’s too-often neglected possibilities: the rich complexity that lies beneath the surface of ordinary life, which we are generally encouraged to believe isn’t real. That invaluable aide-mémoire is why this unique novel has haunted me so long: a fabulously anti-naturalist beacon peeking above a flood of ‘domestic’ novels that, however well executed, sometimes read as too familiar. Too resigned. I love this book for reminding me—and its many other admirers—that, in an era dissolving into deadening, market-driven homogeneity and a politely liberal (though highly questionable) consensus that really ‘we’re all the same,’ a person’s most important identity isn’t the one he or she is born with, but the one she or he creates. It boldly affirms that the point of life isn’t in being ‘who one is,’ but in becoming the person one dreams of being. And that’s always worth bearing in mind.”

Peter Dubé is a native Montrealer and the author, co-author, or editor of eleven books. His novella Subtle Bodies was a finalist for the Shirley Jackson Award and his volume of prose poems, Conjure: A Book of Spells, was shortlisted for the A. M. Klein Prize for poetry. His most recent published work is Beginning with the Mirror (Lethe Press 2014), a collection of short fiction.