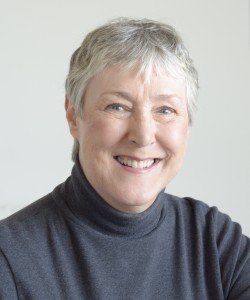 “I’m a big fan of well-crafted writing that entertains and at the same time deals with social issues past or present. An excellent example of this is the far-too-short Morgan O’Brien series by Alex Brett. Both Dead Water Creek and Cold Dark Matter creatively explore problems serious enough to require the attention of government science fraud investigator, Morgan O’Brien. With the help of sensitively drawn LGBTQ characters, O’Brien escorts the reader into the worlds of BC salmon fishing, academia, government and international astrophysics. Brett’s apogee is her skilful and unexpected inclusion of the ‘fruit machine’ (developed by the Canadian government to detect homosexuals) within the plot of Cold Dark Matter.

“Playwright Paul Dunn also deserves a shout-out. I was fortunate to attend a recent reading of his new TYA play, Outside, before its April mounting by Roseneath Theatre. Through the judicious use of humour and candid portrayal of pain, Dunn targets the ongoing problem of homophobic bullying in high schools, and champions the work of Gay-Straight Alliance groups as one way to combat it.”

Saskatchewan-born Liz Bugg is best known for her Calli Barnow mysteries. She won two Goldie Awards from the Golden Crown Literary Society, for Red Rover and Yellow Vengeance. At present, Liz is working on a historical novel set in England and Canada.