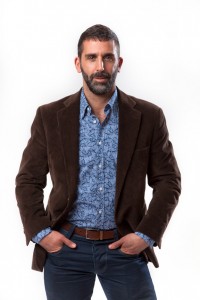 “I was thrilled to hear that Ann-Marie MacDonald had a new novel coming out, her first in ten years. In 1996, I had been ruminating about beginning what would become my first novel, The Featherbed, but I lacked the courage to begin writing. Then I picked up Fall On Your Knees and devoured it in a few days while on a sailboat in Greece. It’s hard to compete with the Peloponnesian coast, but that novel handily held its own. A Canadian novelist, who was a lesbian, had written a magnificent, gripping, poignant, gorgeously written tale. Moreover, queer characters came to life in historical settings—Canadian settings, no less! I was inspired. Hers was not the first novel to have done this, but it was the first to have touched me so deeply, to have connected with the sensibilities I hoped to convey as a writer.

“When her novel became enormously successful, I allowed myself to believe that I, too, could write stories people might embrace. It gave me the spark I had so badly needed.”

John Miller is the author of The Featherbed and A Sharp Intake of Breath. He’s hard at work on his third novel, about two women struggling to move beyond a life on the streets of Toronto.