by Casey the Canadian Lesbrarian

In a unprecedented display of awesomeness last week, the Canada Council for the Arts announced this year’s winners for the Governor General’s Literary Awards and they included not one, not two, but three books penned by queer authors. First, we take over the Canadian literary scene, then, the world? 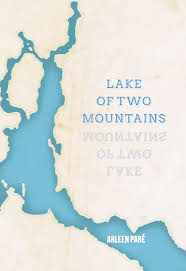 Arleen Paré‘s Lake of Two Mountains won the prize for English-language poetry. An ode to the central Canadian landscape between the Ottawa and St. Lawrence rivers, the collection investigates the natural and human history of this place. Lake of Two Mountains is at once praise for and contemplation of one of Canada’s most beautiful and meaningful terrains. Not only do these poems explore the complex role humans play in shaping the land, but they examine the ways in which the land transforms human lives, inhabiting the people as much as they do it. Read the New Pages review. 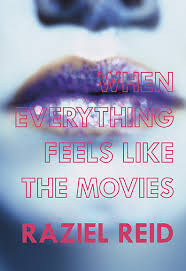 The winner for children’s literature in English (text) is Raziel Reid‘s young adult novel When Everything Feels Like the Movies. It is a no-holds-barred, raw look at a gender-non-conforming gay teen Jude, whose voice grabs you by the collar right from the beginning and doesn’t let go. This novel is a beautiful testament to the queer imagination’s survival strategies and the fearlessness and recklessness of being a teenager. Jude wants you to believe his glossy Hollywoodizing retake of his small-town life, and you do, even while you glimpse the harsh reality beneath the facade. Read Casey’s review. 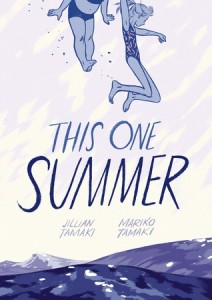 Cousins Jillian and Mariko Tamaki‘s young adult graphic novel This One Summer took home the award for children’s literature in English (illustration). Well known for their collaboration on another queer young adult graphic novel Skim, the Tamaki team has created another visually stunning, poignant book. This One Summer isolates that liminal space between childhood and adolescence and all its messy complications. Mariko continues to display the best command of teen dialogue I have ever witnessed, and Jillian’s moody, precise purple-blue drawings convey the simultaneous end of summer and the girls’ innocence better than words ever could. 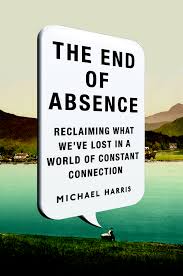 Michael Harris won for non-fiction for The End of Absence. The book points out how “only one generation in history (ours) will experience life both with and without the Internet. For everyone who follows us, online life will simply be the air they breathe. Today, we revel in ubiquitous information and constant connection, rarely stopping to consider the implications for our logged-on lives.” Harris explores what we’ve gained-and lost-in this shift, arguing that our greatest loss has been that of absence itself-of silence, wonder and solitude. Do you remember your life before the Internet?

Congratulations to all the winners!