Plenitude Magazine has been asking around, checking in far and wide with queer Canadian writers—poets, novelists, playwrights, comic makers, spinners of short stories, journalists, and whoever else comes to mind.

We’ve been keen to discover the literature they’ve devoured and savoured, the books that inspired, impacted, and mentored them, and the works they recommend as being so completely worthwhile that we’re bettered by reading them.

And we’ve been curious, frankly, to discover the variety of their answers…who and what did these authors know that we didn’t?

As Plenitude continues to send out queries and authors continue to answer, our website is going to run The Query Project, regular posts of author recommendations as a revelatory series.

Besides getting a personal introduction to an admired or beloved piece of writing, you might also meet an author you may not know. And we’re hoping you’ll be as inspired by their choices as they were by the piece they’ve nominated. 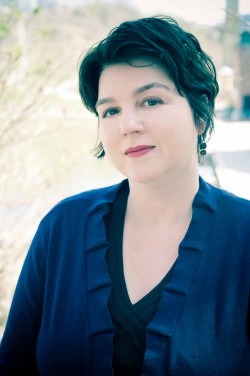 “From her heartbreaking poetry, to her bestselling novels and creative non-fiction, Helen Humphreys writes like an angel, but always with a sharp knife between her teeth. Often meditating on the nature and complicated expression of love, her use of language is cutting and luxurious, her voice so raw that you cannot read her work without reconsidering every searing and significant moment in your own life.

“If I were to pick only one book to recommend it would be the slim novel, Wild Dogs. It broke my heart. I felt as though I had been invited inside of love (pulled inside, actually), and was experiencing the loss of that love in a way that can usually only happen in real life. This is a brave and urgent story that could only have been written by someone willing to go to the deepest places inside herself. One wonders, in reading Wild Dogs, how Helen Humphreys survived the writing of it?

“The late, great CanLit icon Timothy Findley deserves to be read through the coming centuries. His precise and moving story lines, and his extraordinary ability to draw character, particularly strong female characters, led to the creation of some of the most memorable novels in literature, anywhere. Preoccupied with war and madness, the works Findley left behind are a testament to the importance of passion driving a writer’s vision. Not Wanted On The Voyage is arguably the most highly imagined work of prose in our fiction. I’d recommend it orHeadhunter. In Headhunter, Findley creates a contemporary version of Conrad’s Heart of Darkness, set in Toronto’s wealthy Rosedale neighbourhood. His character, Lilah Kemp, pushes an empty baby carriage around the Toronto Reference Library and argues with herself about taking her schizophrenia medicine. It is Lilah who unleashes ‘Kurtz’ (in the form of a psychiatrist) upon the city. I was captivated by Lilah. What if she’d really had a child in her pram? What if she did not take her medication? Those questions led me to Lilith Boot, the protagonist of my first novel, Ten Good Seconds of Silence.”

Elizabeth Ruth followed Ten Good Seconds of Silence with the novels Smoke and Matadora. She’s currently playing with new forms of writing, and working on another novel.