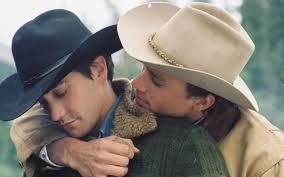 I was recently following the cyber trail from UVic Pride’s website to various sites describing the rights and responsibilities for someone of a “majority” group entering a “minority space.” Some of the advice included a responsibility to listen to, not to argue against, people’s frustrations or anger with mainstream spaces, or the bitterness that often comes with moving through the world as part of a marginalized group. This sounds sensible. Often, we are asked to justify our feelings or perceptions to those who do not share our experiences, so it only seems fair not to have to do that in our own safe-zones. To give one example, in a writing workshop, we might be asked to “clarify” certain characters that are unfamiliar to a “mainstream” readership (whatever that is). Or to justify their differences. For example, if you write a character who is in a wheelchair, many able-bodied readers might expect this difference to play a crucial role to the plot or character development. Why? Do we ask able-bodied-ness to play such a crucial role? Typically, the whiteness, ability, or heterosexuality of a character, for example, can simply be incidental details to help readers visualize the character. So all these ways that certain experiences or identities are normalized in the world persist in the writing workshop and in (many) reader expectations, as well.

But back to the “minority space” rules. One of the rules instructs that, as a visitor to the space, you can only sympathize, not empathize.

What is the difference? I did the predictable thing and consulted the Oxford English Dictionary.

Among many definitions of “sympathize,” this one felt most relevant to this point:

intr. To feel sympathy; to have a fellow-feeling; to share the feelings of another or others; to be affected by the condition or experience of another with a feeling similar or corresponding to that of the other; spec. to be affected with pity for the suffering or sorrow of another, to feel compassion. (Cf. sympathy n. 3a  – 3c.) Const. with a person (or, in extended or fig. use, a thing); in, with (rarely †at) a feeling, experience, etc.

A search for “empathize” led me to this: to have empathy for. A search for “Empathy” yielded just one definition:

The power of projecting one’s personality into (and so fully comprehending) the object of contemplation.

So what is the difference? Where sympathy seems to be more of a mimetic impulse in response to a feeling, empathy results from the work of the imagination. To project one’s personality into the object–the story, the event, the experience–is to empathize.

Isn’t the act of writing fiction, then–imagining the life of another–always an act of empathy? Instead of cautioning against it as some form of appropriation, shouldn’t we be encouraging exactly this imaginative act?

The writer on this site is cautioning against assuming to understand one form of oppression based on your experiences of another. But to say, for example, “Oh yes, I get where you’re coming from as a trans person, because when I was a teenaged girl I felt uncomfortable in my body, too” is not an act of empathy. To instead imagine that I am who I am, but I have hair on my chest, and other masculine physical features, and am consistently regarded as a young man, talked to as a brother, etc., would be to begin of an act of empathy. Such an imaginative task requires more time and contemplation than the single sentence I’ve given it, but you get the idea.

Empathy requires listening, learning, contemplation, imagination. It’s a discipline that many writers know all about. While I wouldn’t publish a work of fiction  about two young gay men written by an eldery woman, married and divorced three times, for example, as “gay fiction,” I would never discount the possibility that it could be thoughtful and authentic. Yes, I’m talking about “Brokeback Mountain.” Was this story not “true”? We can thank the imaginative, empathic powers of Annie Proulx for that. In an interview with Gay and Lesbian Times, she explains why it took her twice as long to write this short story than a novel:

I had to imagine my way into the minds of two uneducated, rough-spoken, uninformed young men, and that takes some doing if you happen to be an elderly female person. I spent a great deal of time thinking about each character and the balance of the story, working it out, trying to do it in a fair kind of way.

You can read the full interview here.

What do you think? Are there characters or experiences you consider off-limits to others, or yourself?