[mks_dropcap style=”square” size=”35″ bg_color=”#505556″ txt_color=”#ffffff”]H[/mks_dropcap]e’s got one hand on the wheel and the other on her thigh, and Mae can’t quite remember but she’s pretty sure this is what love feels like. She smiles at him as they both bake in the deep summer heat, skin sticking to the fake leather interior of the rental car, and savours the weight of his hand. She’s not sure where they are anymore, maybe Tennessee by now. She’s not paying attention, just trying to hold onto this feeling as the highway spreads out before them.

They’ve been on the road for four days now, picking out a meandering path down from Toronto with some vague intentions of reaching New Orleans by the end of the week. They could drive there in a single day, if they didn’t stop, but getting there isn’t the point. Every night they hole up in some dirty motel—they all look the same—and drink PBR and fuck until their bodies fall back spent on the cheap, scratchy beige bedspreads. Mae wakes up every morning late with sunlight in her eyes and his arm around her waist. For a moment, it all feels so real.

She likes that he’s a professional. He works at an ASO in Toronto, running programs for gay men trying to quit tina, even though he’s about as straight as trans dudes go and has probably never done drugs outside of weed, coke, and Adderall. But he’s the first guy she’s ever fallen for with a real job, a job that’s cushy enough to let him take two weeks off to go drive across America with her. Sure, he probably had to make up a better excuse, but he still got the time off last minute, no big deal. Mae has never had a job like that, and she can’t imagine what it must be like to get time off and benefits.

He’d called her up the night before they left, all excited because his girlfriend—sorry, fiancée—Nisha had to take an emergency trip home to visit her ailing grandmother in Mumbai. It’s perfect, he’d said. We can go wherever we want! They wouldn’t have to be looking over their shoulders. They wouldn’t have to sneak around in straight bars in Toronto just so that they’d be sure they wouldn’t run into anyone they knew. They wouldn’t have to do anything but be together, just drive and fuck and be in love. She’d be gone, maybe for weeks. No Facebook, no Instagram, no Twitter—two lovers and a lot of road.

“I love you, —,” Mae says and reaches over to run her fingers over the stubble on the back of his neck. He smiles at her behind his sunglasses and then turns up the radio. Bobbie Gentry fills the thick air in the car, and Mae is sure that this, this right here, summer sun beating down on the two of them as they drive away from everything back in Toronto that clouds up the space between them, this is what love feels like.

Both of his hands are on the wheel today. The music’s low but they’re just driving around in silence. They passed into Alabama a few hours ago, going through Athens and following the I-65 south. Big sky up above reminds her of driving across the Prairies when she moved from Vancouver to Toronto years ago, but everything’s greener here, brighter here.

He’s been agitated all day, jumped out of bed not long after the sun came up and got them on the road as quick as he could coax Mae out of the bathroom and into the car, no time for makeup. It set her on edge. She figured she was pretty invisible down here as long as she had makeup on and her hair done and sunglasses and her FTMusclebound escort behind the wheel.

She doesn’t want to tell him how uncomfortable she is, she doesn’t want to ask him about the phone call he got last night from Nisha while he thought she was asleep, she doesn’t want to spoil the moment with reality. If she just acts the same as before, he’ll chill out and everything will go back to how it was for the past few days. Those perfect days that poured out like molasses, slow and sweet, as they zigzagged their way down the map.

“Getting hungry?” he says finally, pointing at the exit sign covered in fast-food logos.

“I could eat a thing,” she says, trying to twist it into something flirty and failing.

He pulls off at the next exit. While he gases up the car, Mae hops out and goes into the split gas station and Dunkin Donuts, pushing through the door with the Free Wi-Fi sticker on it. Her skin goosebumps at the high AC inside the place, and she heads straight for the single-stall ladies’. In the small mirror over the sink, she takes a run at her face with tinted moisturizer, mascara, brow pencil. This was easier a few years ago, when she was younger, but she still looks good, good as in real, and it clears up the vague anxiety that’s been tugging at her all day.

When she comes out of the bathroom, Mae finds him in line at the Dunkin Donuts, and she kisses him without thinking about it. That’s the best part. They get sandwiches and sit together, enjoying the cool air, talking about what direction to go next, and wouldn’t it be nice if they really did make it to New Orleans because you know Mae has never been before, and isn’t life just simpler down here?

Before they head back to the car, he excuses himself to the washroom, and Mae drinks the last of the iced coffee he got her. Bored, she pulls her phone out of her purse and connects to the Dunkin Donuts Wi-Fi. Twenty Facebook notifications flood her screen immediately, and when the app opens it loads her newsfeed.

First post: Alabama Trans Teen Murdered. Forgetting about all her notifications, she clicks the link to the story. As she reads the few details available about this kid getting killed by some guy who was probably her boyfriend, Mae thinks about every boyfriend she’s had who’s hit her or yelled at her or just disappeared on her. Because sure, she’s a white girl and most of the trans women who get murdered are right in the crosshairs of anti–sex work and anti-Blackness, but knowing this doesn’t take away the fear, didn’t stop her last boyfriend screaming until he was red in the face, has never gotten between her and someone else’s fist.

When he comes back from the bathroom, Mae pulls him close and kisses him again. He isn’t like that. He’d never be like that. She’s lucky to have this. So lucky.

He runs his hands up Mae’s thighs as his mouth finds its way to her pussy. Oral has never been her favourite, a source of constant anxiety since she had surgery that her pussy tastes different than it should, that her scars are visible, that she’s not real enough. But somehow being with a trans man bypasses just enough of her shame and fear to let her relax, to let her melt under his tongue.

He pulls long, low moans out of her throat as she lies back on the cheap, white motel sheets. And just as she feels herself getting close, his phone starts to vibrate on the bedside table. It’s sitting on top of all the change from his pocket, jingling and buzzing together. He sits up and grabs it, maybe to move it, but Mae doesn’t even have to look at it to know whose name he sees on the screen. He answers it, his mouth still wet from her cunt.

He gets out of bed, pulls on his jeans, and heads for the door as he listens to Nisha on the phone.

He shoots her a hard look as he wipes his mouth on the back of his hand and goes outside, leaving Mae in a pool of their sweat. She wants to get up and press her ear to the door, to listen, to find out what’s so important it couldn’t wait for her to finish. One day, Mae wants to be the kind of girl whose calls matter that much, the kind of girl who isn’t the other woman. One day, Mae wants to actually exist.

Under the slow whirl of the dusty ceiling fan, she feels suddenly exposed and covers herself with a sheet.

“We have to go back,” he says when he comes through the door, cool night breeze chasing him in.

“But it hasn’t even been a week–” She knows there’s no use. His mind is made up. She pushes the sheet tighter around herself.

“Nisha’s grandmother died,” he says. “She’s coming home. I need to be there for her.”

She knew this whole thing was on loan, anyways, that it was just a temporary distraction. That girls like her don’t get to play for keeps. And she tells herself that she’s lucky she got this much. She’s so lucky. So, so lucky. 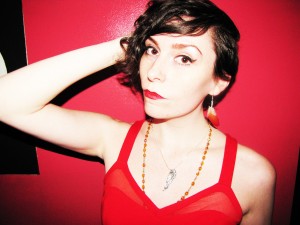 Morgan M Page is a transsexual writer, performance artist, and activist in Montréal. She was a 2014 Lambda Literary Fellow, as well as the winner of two SF MOTHA awards for her work as an artist and curator. Her writing has been published in anthologies such as Fractured: Tales of the Canadian Post-Apocalypse (Exile Edition, 2014) and Best Sex Writing of the Year (Cleis Press, 2015), as well as on Feministing, Tits and Sass, and PrettyQueer.com. She is currently at work on her first novel. Her website is Odofemi.com.