By Fazeela Jiwa  |  Guest Post from a Straight Ally 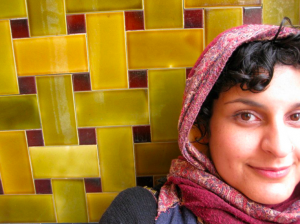 My Indo-African Muslim childhood in Canada was one of dissonance. It meant being invited to share samosas with my class on “multicultural days,” but feeling embarrassed of my non-sandwich curry lunches on every other day. The teacher’s enthusiasm for my pretty songs and clothes, but her outraged demand that I wash the henna off of my dyed hands before returning to class. Or later, my friends defending me from violence by insisting that I was “Indian, not Muslim,” and anyway I was a grungy skater, so no worries, we’re all the same. I was not the bad kind.

Canada’s Trudeau-era multicultural policies have garnered the country some international admiration. The country’s state-sponsored promotion of ethnic diversity might be deemed progressive when compared to the strategies of other countries, like the USA, which seek to assimilate the distinct cultures of immigrants into a homogenous national identity. Instead, since 1988 Canada’s official Multiculturalism Act seeks to make room for a myriad of minority ethnic groups within the nation’s dominant cultures–those of white, Christian settlers. This policy has been famously toted as “a mosaic, not a melting pot.”

The mosaic sounds beautiful and harmonious: a plethora of different shapes, sizes, and colours fitting together just right. It’s easy to forget that all of these pieces must fit into a frame.

Many critics and writers have problematized the Canadian brand of multiculturalism for underscoring racial and cultural difference at the expense of other aspects of identity (see, for example, Scandalous Bodies by Smaro Kamboureli). Instead of understanding ethnic identities as fluid and multifaceted, institutionalized multiculturalism either over-emphasizes ethnicity into static stereotypes, or attempts to erase difference altogether. In other words, samosas and songs are okay but barbarous tattooing rituals are not, and you can be designated a “good” brown person if you fit into the white milieu.

This is the frame that holds the pieces of the mosaic in place. It is also the context in which mainstream Canadian readers consume Canadian literature written by people of immigrant/refugee backgrounds. Recently, I’ve read some criticism suggesting that regardless of whether they intended their work to be representative of their cultural group, writers who are members of diasporas in Canada have been read by some as providing “authentic” insights into the experience of cultural difference. Aside from maintaining dominant white cultures as the norm, reading literature written by racialized peoples simply as “ethnic writing” assumes the author has an affinity with their community, and can represent the complex experiences and identities of an entire cultural group.

Readers bring their expectations to a text. In this context, they can burden authors that are members of cultural groups with representation, and favour texts that conform to the kinds of experiences that our multicultural society likes to promote. The consequences? Heterogeneous, dynamic groups are reduced to fixed stereotypes, while essentialist constructions of what it means to be “ethnic” (read: exotic Other) are reinforced. And those who are marginalized within the marginal group based on gender, sexuality, and/or various other social divisions become even more marginalized.

If you are one of these insider-outsiders, then the ethnic identities that mainstream Canadian lit claims to represent fall short. We don’t find ourselves in books; we are invisible even in literature that renders parts of us visible. It’s depressing to think that when people of colour attempt to speak about their experiences within the dominant society, their words can be co-opted to perpetuate essentialism. 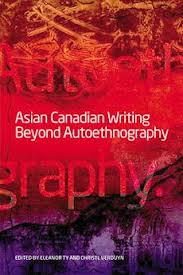 But inspiring, innovative writers of colour have expected the expectations of their readers, and strategically resisted them. Increasingly, writers unsettle reductive notions of ethnic identities by presenting experiences other than, or in addition to, cultural difference. They disturb the constructed notions of “traditional” or “authentic” by unmaking and retelling those expected stories. They acknowledge the fragmented, multiple histories of Canada’s diasporas, and portray this discontinuity in their characters and their (inter-)genres. They use aesthetic or formal qualities that complicate any reading that would consider their writing representative of a minority group (for more on these characteristics, see the anthology Asian Canadian Writing Beyond Autoethnography edited by Eleanor Ty and Christyl Verduyn).

You can find this resistance in the queer protagonists and feminist themes of Shani Mootoo’s work; Cereus Blooms at Night, for example, features violence against women and non-conforming genders and sexualities while the race-based experiences of colonization form the backdrop. You can find it in the magical speculative fiction of Larrisa Lai, whose work often explores themes of race, gender, and sexuality without providing easy conclusions for her readers. In the afterword to When Fox Is a Thousand, Lai says the book “was [her] attempt to find another way of writing, one that was consciously fictional, that used multiple voices, that refused to nail certainties to the wall . . . to talk about history but break away from the production of fixed identities” (255). You can find it in the experimental, genre-bending fictocriticism of Yasmin Ladha, whose considerations of immigration and racism are always inflected with female experiences. In Lion’s Granddaughter and Other Stories, she forgoes conventions to literally create a relationship with her reader, transforming us into a character called Readerji. She explicitly states that she does not “want to be the sturdy alphabet to set a novice at ease in Other literature–a vaccination prior to his/her flight into the Third World” (97).

There are many other authors who interrogate and intervene in their readers’ race-based expectations to emphasize the dynamic multiplicity of ethnic identities. If multiculturalism has gotten one thing right, it’s the concept of “multi-.” Let’s now redefine the second part; let’s expand “culture” from referring strictly to ethnicity, to include many communities, subcultures, and cultures of resistance.

FAZEELA JIWA is an educator, writer, and researcher living in Canada. Her thoughts usually spin around racism’s intersections with gendered experiences, especially in the context of official and alternative art, politics, activism, and histories. Her writing can be found in independent and mainstream media, academic journals, creative anthologies, websites, spoken performances, zines, pamphlets, walls, and various other venues.