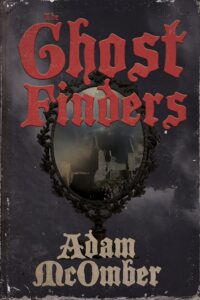 Adam McOmber’s third novel, The Ghost Finders, is entertaining, spooky gothic fare steeped in gas-lit (in the traditional sense) Edwardian London with a queer, character-driven story arc. His familiar cobblestone backdrop, comfortable ghostly horror tropes, and compelling characterization fuel page-turning compulsion. McOmber’s ability to evoke a sense of underlying dread doesn’t hurt either, as demonstrated in his previous novel Jesus and John, a queering of the Apostle John and Jesus, which this reviewer covered for Plenitude in December 2020.

In The Ghost Finders, McOmber once again shows a fondness for colourful outcasts, none so haunted as the closeted hero of the story, occult detective Henry Coxton. We meet Henry recruiting Violet Asquith, a telekinetic with a murky past. Violet, backstage after a show, shrewdly observes that he does not so much as glance at her nearly naked form, covered only partially by a Chinese robe, and immediately deduces Henry’s secret: he is an invert. It’s a fine opener, establishing their striking rapport and differences. Coxton also enlists a ferocious entity dubbed Christopher X, who refers to itself as “we,” and, when peckish, is prone to snacking on dockworkers. Together, the trio forms the ghost-busting operation Coxton & Co. Even the airily erudite secretary Miss Hastur seems precognizant, a sort of wizened spiritual grandmother to the character Janine Melnitz in the 1984 film Ghostbusters (as played by fan-favourite Annie Potts).

It is weird fiction writ large, with whiffs of cosmic horror. At a glance, McOmber’s premise is reminiscent of Alan Moore’s The League of Extraordinary Gentlemen (the comic book, not the much-diminished 2003 film adaptation). However, there’s more meat on The Ghost Finders’ bones with a queer protagonist, a strong female heroine, and non-binary monster, all with dark pasts aplenty. The joy in reading here stems largely from uncovering Henry’s lost love, Violet’s tyrannical upbringing and Christopher X’s outré origins. Coxton lost a love that dared not utter its name. Violet never mastered their power over a magic mirror. Christopher X literally crawled out of the filthy Thames with no recollection of their past, aside from a desire to rend human flesh from bones.

Like Jesus and John, it’s a first-person narrative, but this story is told from three first-person perspectives, with alternating chapters from Henry, Christopher and Violet’s points of view, a story beat rhythm that McOmber employs to great success. The chapters are pithy and named according to each character. With relish, McOmber threads flashbacks as needed into the (with some exceptions) ever-so-brief chapters. The first-person voice immerses readers in the world of the story and this narrative framing, combined with a brisk pace and a clever, quippy style, admittedly make the novel a joyous, vigorous race to the finish. The plot careens at a white heat, with twists and turns as each character reveals their secrets, such as how Violet Asquith honed her telekinetic ability, despite her father being disappointed in her inability to master using a magic mirror. In unsettling flashbacks, Violet tries to ascertain whether her reflection is merely a reflection. One of her stand-out, early scenes is wonderfully macabre, depicting a rotting, black horse-drawn coach.

McOmber happily leads readers on a race with tension and mystery. Shadowy figures pursue Violet and have it in for Henry’s crew and, of course, the survival of the world as they know it is at stake.

As for other characters, Christopher X’s true purpose becomes clear, however dark. In one of many wry scenes in a book brimming with dry humor amidst the darkness, they race across the country and stop to ask an elderly man for directions. A surprising dialogue unfolds:

“That cloth you wear—” the old farmer said.

“Rescuing orphans,” we added. “The orphans were disfigured too. There was a great deal of disfigurement.”

The old farmer made a low whistling. “A terrible tale.”

Henry’s origins are more forlorn and melodramatic, classical rags-to-productive-member-of-society penny dreadful stuff. He was a grieving drunk rescued from the gutter. His mentor, Phillip Langford, imbued Henry with new purpose—chasing spectres and debunking ghost sightings under the authenticity of a quasi-legitimate business—which is called into question. Eventually, Henry’s past catches up to him, of course, in a pulpy action scene or two. A peasant, Brother James, binds Henry to a chair, and Henry appeals to him, with surprising results. In Henry’s words:

He rubbed his musket nervously. “A kiss.”

I blinked. You want me to kiss you?”

Somehow this request seemed less strange than most of the other things Brother James had said.

Ghost Finders is chattier, and less oblique, than Jesus and John, which folded into a dense, Gnosticism-deep third act. McOmber is admittedly fascinated with the magical, energetic underpinnings of our civilized structures. Both novels feature desolate cities, in this case (or novel), a flipside London, and a grotesquerie, pursuing the protagonist through the abandoned streets.

Magical underpinnings aside, McOmber’s compelling characters are the most enjoyable. Christopher X is one impulse away from snacking on another roughneck from the docks. Violet’s burden is to witnesses all manner of unearthly apparitions. Henry, his broken heart on his shirtsleeve, attempts to put his gutter-drunk days behind him. McOmber puts all his characters through the blender, figuratively speaking. Oddly, they are, along with the readers, enthusiastically altered for the better. Certainly, lovers of gaslight London will enjoy The Ghost Finders. Things get dark and messy and McOmber tidies up the loose threads a little too neatly, despite obvious consequences. Still, there remains a particular stiff-upper-lip, British sensibility to the yarn that is a comforting as the sound of the fireplace crackling at Coxton & Co. 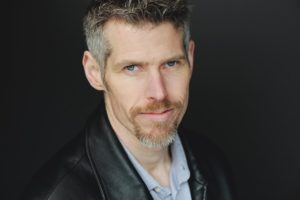