Shani Mootoo read the stories from finalists Sasha Bczkowski, Lukas Bhandar and Llew Forestell. “This is one of those hard decisions,” she said. “Three very, very good works.” She finally selected “Birds,” by Sasha Boczkowski. “This story so brilliantly runs against the line of her grandmother’s experience and resistance in a concentration camp, and is a literary, beautifully metaphoric rendering of unjust incarceration.”

Shani looks forward to working with Sasha, encouraging her and supporting her as a writer.

Thank you for all the fantastic submissions! The next Emerging Writer Mentorship Award will be for creative non-fiction. Submissions will open later this year. 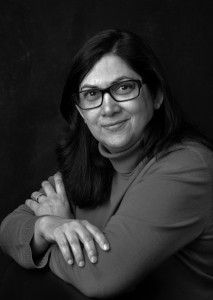