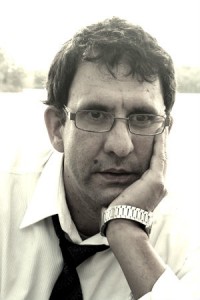 “Like F. Scott Fitzgerald’s Tender is the Night, Leonard Cohen’s Beautiful Losers or William S. Burroughs’ Naked Lunch, Tennessee Williams’ experimental novel Moise and the World of Reason is a thinly disguised pan-dimensional portrait of the writer himself—a scathing, ironic, and at times hilarious blueprint of his fears and neuroses and, in Williams’ case, internalized homophobia. But what makes Moise—Williams’ only novel, and a commercial and critical failure when published in 1972—unique is the combination of post-second World War disillusionment and the sexual revolution (that grew out of it in cities like New York, where the novel is set). The book powerfully indicts a homosexual subculture that has become so enamoured of its sexual freedom that it runs the risk of becoming enslaved by it. Prophetic, hilarious, and superbly written in a brazen experimental style, Moise needs to be read and studied by every gay male writer even considering writing an autobiographical novel. And Tennessee Williams should be dusted off in turn and added to the pantheon of vitally important gay twentieth century writers, a place that has never been secured for him on the strength of his plays alone.”

Darren Greer is the author of four books, including Just Beneath My Skin and Still Life With June. He’s recently completed a long novel about a man who goes home to small town NS in 1983 to die of AIDS, and he’s been working on a collection of poetry for about four years that is nearly done.