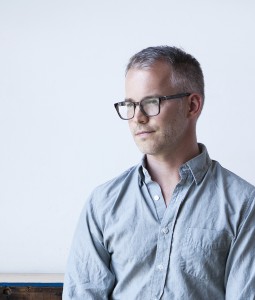 “My writing career began around the time I came out. I was muddling through the first couple years of university. Discovering Edmund White at just that moment was, more than anything, like being given permission. I found, in his first auto-fiction novel, A Boy’s Own Story, that he could tell any ugly truth about himself and, so long as it was managed through the saving grace of good writing, that ugliness was ennobled, made human and intimate. I remember thinking: ‘he’s showing us all the dark bits, the whole fucked-up mess of his personality, and so nakedly.’ It was like hearing a friend’s tearful confession: you suddenly feel safe to say (or write) what you wouldn’t before.”

A longtime Vancouver resident, Michael Harris recently relocated to Toronto. He’s the author of Homo, a YA novel. His non-fiction debut, The End of Absence, won the 2014 Governor General’s Literary Award for non-fiction.