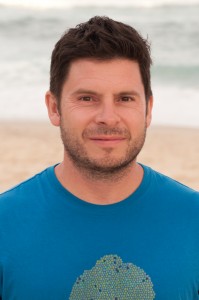 R.W. Gray’s second book of short stories, Entropic, is the work of a writer exploring his gifts.

Gray excels at articulating a state of pained, disempowered longing. It’s not lust, precisely, although it sometimes finds a subrogate in lust. It’s an introverted, alienated form of desire. There are a lot of exes in Entropic, and very few happy couples. People don’t communicate well. Relationships cluster around the magnetic poles of infatuated idealization and numbed disdain. Many of the characters are neurotic.

Gray’s prose in this collection has multiple distinct modes or gears. Sometimes he writes dense thickets of strong, well-built poetic language that, like fast-moving water laced with cross-currents, are a pleasure to abandon oneself into; you don’t need to know where it’s going to enjoy the ride. In some stories, however, notably those narrated in first person, Gray opts for a detached, restrained tone. While successfully conveying anomie, this choppier, benumbed style can feel workmanlike, and the use of present tense throughout the book gives these less stylistically engaging stories a relentless quality.

Gray’s at his best in the third person, which seems to liberate his language. His analogies are enviable, just unexpected enough to make the reader pause and savor them, but not weird enough to be distracting.

He’s interested in how people feel, and frequently goes light on location, setting the action in generic, upscale homes and metropoles. Two of the best stories in Entropic are distinguished by taking place somewhere memorable. Extreme physical environments bring Gray’s pen to life, and the richer sense of place gives the characters and events a better grounding to take root in.

“Sinai” thematically echoes Paul Bowles: a Yankee in North Africa wanders somewhere he shouldn’t. Three intercut, extreme-interior narratives give the story the immediacy of a found-footage horror film, but the big reveal creeps in rather than arriving with a startling sting. The focus stays where Gray wants it, which is on the complexities and interplay of personal history and desire.

“The Beautiful Drowned” is the best story in the collection, a morbid tale set in a tiny, grim fishing town on the Nova Scotian coast. Its two threads, about a single mistreated wife and a collective of angry cannery workers, plait perfectly, both building tension at the right rate. The contrasts—individual decision vs. collective action, death vs. exile—sharpen the scenarios’ similarities, and the conclusions to both are pleasingly complementary. I was left with plenty to chew over: are our decisions the result of impetuous momentary impulse, or the natural unspooling of inevitability?

A few of the stories don’t quite outstrip their premises; in these, the characters feel mannequin-like, Sims enacting an idea. The book’s first two stories, which unfortunately were my least favourite in the collection, are examples. Of those stories that hang on a clever concept, some fare a bit better (an insomniac in love with a narcoleptic) and some are absolute knockouts. “Hands,” which I loved, has many of Gray’s tropes—a partner who’s disappointingly human, someone interfered with while asleep, a bland urban environment—but the story’s actions build convincing, sympathetic characters, and masterful management of what the reader knows or suspects finishes with a satisfying if sinister denouement.

The very brief and very successful “Beautifully Useless” is founded on an intriguing question: would you watch a sex film starring your father? Gray takes us through one answer plausibly, without prurience, via a second-person narrator about whom we learn just enough to invest us in her decisions. 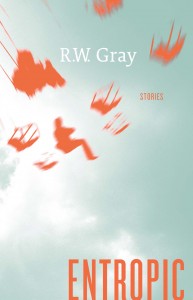 Themes emerge. Recurrently, people caress, fiddle with, or sexually assault the bodies of the drowned, drugged, or asleep. In this world, to find a partner without deal-breaker habits, one must perhaps find a partner with no habits at all, a body devoid of consciousness. This predilection is, especially when Gray’s writing slips into a clinical coldness reminiscent of J.G. Ballard, post-human. It is post-human in the necrophiliac sense—the target of one’s attention is corpselike, no longer human—but it’s also the eroticism of a solipsistic age, in which interacting with another person is too much hassle. It’s masturbatory, like a love affair in virtual reality; the desired is all surface, all beauty, with none of the messiness contending with a peer entails. We desire, enjoy, and sexually consume the beautiful object.

Speaking of beautiful objects, it is rare I am so struck by the visual design of a book, but Entropic is absolutely gorgeous, from its colors to the layout of its title pages. NeWest Press and designer Natalie Olsen deserve special commendation for making such an attractive paperback.

In story after story, the qualities in a person that are most human, if not always most lovable—their snoring, their slovenliness, their personality, their agency—are obstacles in the path to consummated love. The protagonists strive vainly toward a shining vision which bears little resemblance to the complicated and frustrating individual in their arms. Resolution often hinges on the protagonist coming to terms with the impossibility of the sentient love-object fulfilling the protagonist’s desire.

Though many of Gray’s characters are interested in sex, this is not a sexy book. There are sensual moments, but not a lot of hot stuff. The final story, “Mirrorball,” promises a really crackerjack set of possible scenarios, but what could have been a lovely multi-participant romp fizzles out into another sour, slightly dusty discovery that what the hero thought he wanted doesn’t make him happy after all.

Just as “Sinai” is determined to be loftier than a horror story, “Mirrorball” denies itself, its readers, and its characters the pleasures of pornography, steering faithfully back to the book’s theme of melancholy alienation. I know it’s silly to carp about what a story is not, rather than taking it for what it is, but there’s also nothing wrong with giving readers a little sugar to help the medicine go down. While there’s laudable writing in Entropic, a touch more sweetness and spice wouldn’t go amiss.

Jules Bentley is a New Orleans writer and the author of the novel Fuck or Swim.