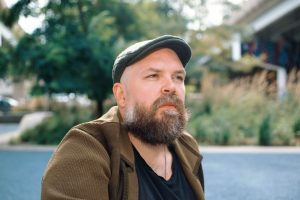 Matthew Walsh’s debut collection of These are not the potatoes of my youth takes a long, hard look at what queer means to them and how the world has shaped them, set against the backdrop of their grandfather’s potato garden. Walsh’s poems talk one moment of coming out to their mother in a Superstore parking lot and another of seeing their whole life by looking into her closet. “I don’t care what people say about me personally anymore, I found my own mouth which speaks for me,” reads a line in this collection.

Walsh hails from the eastern shore of Nova Scotia and has twice travelled by bus across Canada. Their poems may be found in the The Malahat Review, Arc, Existere, Matrix, Carousel, and Geist. Walsh now lives in Toronto.

They kindly agreed to discuss potatoes, queerness, Celine Dion, and what it all means for them in the following interview with Stephanie Sirois of Goose Lane Editions.

I feel like the word queer has a bunch of different meanings and contexts for people! I`m still trying to figure out my queerness and I am thirty-six. I just recall growing up in a very gendered world where toys were gendered and television shows were gendered and wanting to play with My Little Pony or wanting a Barbie Doll was wrong because they weren’t boy toys. I loved My Little Pony growing up, and it was very hard to get my hands on any of my own. Luckily my babysitter had two huge grocery bags full of My Little Ponys, which I would love and obsess over on her mud room stairs.

Where did you get the idea for the title, and why was it important enough to prioritize?

I woke up one morning with it in my head. It just happened. These are not the potatoes of my youth. I thought about it for a long time, and I wasn’t sure about the title or if it would make sense. I couldn’t think of anything else to call it, and I had started writing these potato-related poems. It also reminds me of the line from Shakespeare “This is the winter of our discontent,” like those lines to me have the same rhythm or meter sort of and I think that is how it kind of happened.

It just seemed important, and the title is just so weird to me and the book is weird. And the book is a kind of comedy/tragedy like Shakespeare — though I am not trying to say I`m Shakespeare — but I kind of had those Mom/Son and Dad/Son relationships in the back of my head when I was writing some of the mom and dad poems.

In “I’m bald,” you say you will die in the shower singing Celine Dion. Which songs would you sing?

I really hope that is the way I go out, dancing to some very gay music. I don’t even really like Celine Dion very much, but there are a few songs of hers that totally set me off because they are cheesy emotional fun. One is “It’s All Coming Back to Me Now” or of course her classic, “The Power of Love.” I also love that song she did for the Deadpool 2 soundtrack because it is the ultimate cheesy song.

Where is/was your grandfather’s potato garden?

My grandfather’s potato garden. There used to be one gigantic one near the side of the house, and on the other side down a short path were two smaller potato gardens along with maybe seven or eight other vegetable gardens, with tomatoes, cabbages, cauliflower, and things like that which he sold at the end of his driveway. All the gardens were overlooking the ocean. Now the gardens are gone, and my childhood house is now growing on it.

In “From the prairies to the ocean is a long way to go,” you write that paper was their blood. What is your blood and why?

My blood I believe is water and crayon shavings and glitter, like those homemade snow globes people in the eighties used to make. I think people are still making them. Do you remember dumping out the crayon sharpener on the back of the crayon box when you were a kid and putting them into a pickle or jam jar with water and sprinkles? I think that is my blood, or maybe music is my blood because it can change my mood so quickly and songs just get into my bones. Some songs I will listen to on repeat because it makes my body fizz up, like when people have a very strong reaction to visual art and faint.

There are a few poems where you are describing a person. When you’re describing someone in poetry, how do you choose which traits to highlight?

Something that makes that person stand out for some reason, or some characteristic that they possess that is strictly theirs. Or maybe it’s a trait that people can identify with or some sort of human gesture which people can read, and see, and help them see something else in the description of the person beyond the words in front of them.

There are many poems where you explore relationships with family members. What does your family think of them?

They have seen some of my writing over the years, but think writing as a job is kind of a waste of time because both of my parents come from homes where you had a job that put food on the table and writing doesn’t always do that, as in very, very rarely. I shared some poems with my mom, and she liked them but didn’t really get them because it’s poetry and most people either don’t like poetry or don’t want to get poetry. I wrote a short story once when I was sixteen that got published and they interviewed me on CBC, and my mom was very Mother Hen about the whole thing and very protective of me.

When did you first understand gender as it related to who you felt like as a person?

We never talked at home about anything to do with the body. I didn’t even know what puberty was until I was going through it and learning about it in the vaguest terms from very uncomfortable teachers. I guess it was on the playground where we would play this game chasing the boys with lipsticks and cosmetics girls would bring from home. We’d chase them and try to put it on them or get blush on their cheeks, and once a boy turned to me and asked why I was on the girl’s team, and I got very shy and stopped playing that game.

You mention not being able to believe living in a world where colours are gendered. Can you tell me a little more about that?

I just remembered not being able to wear certain colours and everything being split. Toothbrushes for boys. Toothbrushes for girls. Blue is for boys and pink for girls. In kindergarten, on the first day of school I remembered the girls’ names were written in pink and the boys’ blue. And there was no talk of other alternatives at all. It just seemed weird to me as a kid that colours would be associated with boys or girls and I guess that is where I started realizing I was different from other boys.

What do potatoes mean to you?

Potatoes are everywhere. As kids, we’d eat potatoes with every meal. I think they are so alien. When they are put in a cupboard, they grow feelers. They have eyes. There are so many varieties. They seem so mundane and uninteresting, but I feel like they are just very secretive, and have gigantic root systems and sometimes you will find a blue-skinned potato and many can grow on one plant as we all know. You can make stamps out of them, cook them all kinds of ways, and if you forget about them in a cupboard they grow feelers and will come for you. 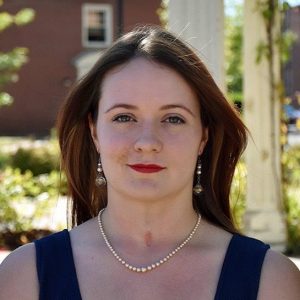