I’m leaving New York, again.
Under swept trusses & skirting
Harlem at the early hours of
Columbia’s Sunday young.
The drive piddles over the Washington
& under another flag–
the progeny of powdered wigs
held higher ten years after
I watched a dust Niagara
on a distant television set.
That was when I first dreamed myself
among those who choked back germ stars
as they hoisted stripes against
days of confusion.

I could never afford
to stay with mes semblables—
still have no way for staying
as I pass toll after toll after toll,
each gate closing
behind the motored hours.
Green comes so soon after
the wire curtains & snag of New Jersey.
See, there’s the quickening rush
of a brown river rising
in a place that has no name.

Before long: carriages.
Their beards & straw hats
stream my wander north,
then turn near Lowville
onto quiet, woven lanes.
I consider turning with them–
For baskets! Preserves! & Quilts!–
but the sun is setting earlier now,
& I still have the border crossing to think
of how I will wake up tomorrow:
at the foot of a Mideast embassy,
toes bristling the turning pine,
& a queen’s subject for all time. 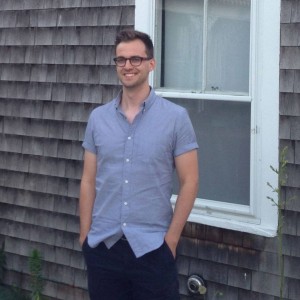 Adam Meisner’s poetry has appeared in literary journals in Canada and the United States, and his plays and video work have been presented in the Ottawa-area where he now lives and works.