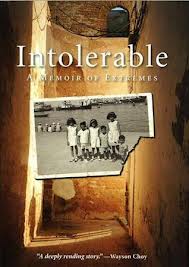 I really wanted to love this book.

Intolerable chronicles the chaos experienced by author Kamal Al-Solaylee and his family in the modern Middle East. Al-Solaylee and his father, mother, and ten siblings undergo as much change in their cultural, emotional, and intellectual realities as they do geographically. As an upper-class family with British sympathies, they are first exiled from Aden and their properties seized. They relocate to Beirut, but as Lebanon verges on civil war, the Al-Solaylees must move again to Cairo. As Cairo experiences ever-increasing violence, the family has no choice but to make yet another move, returning to Yemen in the early 1980s.

It is the story of a family trying to outrun a heedless tide of religious conservatism, war and poverty. And through-out all of this, Kamal Al-Solaylee must also make sense of himself as a gay kid in extremely homophobic cultures – while living in the northern Yemen city of Sana’a, two men are publicly lashed for sodomy. It is the author’s identity as a gay man that pushes him to “escape” to the West, but the freedom to live openly which he finds in Toronto is sadly coupled with the pain of leaving his family behind, and the guilt that comes from his inability to help them.

In the introduction to the book, Al-Solaylee gives a brief history of how his parents met, how they came to be living in Aden where the story begins, and how Kamal himself came to be, and thus the book. It serves as a kind of social-location in that he outlines the educational and social history of the previous two generations of his family. But more importantly, he articulates a goal in writing this book: “Maybe I’m just trying to fill in the gaps, not just between one family, but between the Arab and Western worlds.”

It’s an ambitious goal – too ambitious for this book, I think, and one that could only result in disappointment.

Al-Solaylee attempts to translate the Arab cultures he grows up in for Western readers. In describing Egyptian films of the 1960s, for example, he explains they “have the retro and sometimes camp appeal of, say, a Rock Hudson-Doris Day movie.” These kinds of comparisons happen throughout Intolerable. While these “translations” are understandable attempts to help Western readers imagine the context, I felt let down by them, too.  After all, what does a comparison to Rock Hudson movies do except make me picture a Rock Hudson movie in 1960s America? To make the problem worse, Al-Solaylee creates a soundtrack of 1970s Western music and film – Olivia Newton John and Barbra Streisand make countless appearances in the text – as a way to demonstrate his early identification with Western culture. As a result, the character, history, humour, smells, sounds, etc., of the Arab cultures are overshadowed, and thus, absent. There were some moments where Al-Solaylee offers insights into a different cultural context. For example, “to young Egyptians, [in the 1970s] [the hijab] symbolized poor and uncultured country folks – the kind who were to serve as maids and not as fashion models. (The hijab’s association with oppression of women is a newer, Western phenomenon).” But these are far and few between.

I wished for more description of places and people to help me see and feel this world – not only the world of 1970s Cairo, but Liverpool, the Keele University campus, and his much-loved Toronto gay village. Without compelling description or scene, it was all a little sterile for me, and left a big “gap” in the story. 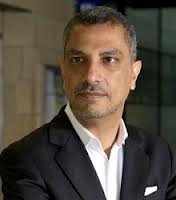 Some readers will of course appreciate the spare, direct style. Al-Solaylee comes from a journalism background, and his book certainly has the stripped-down style of news articles. The straight-forward telling does create a sense of urgency, a fast-paced rhythm to the book, which is no small feat considering it spans nearly fifty years and two continents, all in just over 200 pages. Not only that, but the family dynamics, events, and Al-Solaylee’s own experiences as a gay man are woven together smoothly and naturally.

Still, I think the gap remains unfilled. Al-Solaylee writes that the book was borne out of the depression and sadness he experienced after his last visit to Yemen. He also writes that his family history, previously unknown even to some close friends, was very difficult for him to talk about, which is clear from the way he glosses over so much of his family’s story. Some of the most painful passages, like the death of his father, his mother, his sister’s sadness, happen quickly. I understand the sense of urgency in writing this story, and the healing that can come from writing it, but I wonder if this book happened too quickly? If the pain and guilt was so raw, the author could not stand back enough to allow himself and his family to become characters, too.

What really leaves the gap unfilled, though, is the perspective Al-Solaylee offers. As a Western reader with very little experience or knowledge of Arab cultures, I don’t feel like I am any closer to an understanding from where I started. Al-Solaylee admits he made conscious efforts to distance himself from his Arab heritage, and to think like a Westerner, so his characterization of Arab cultures is one where women are victims of extreme misogyny, religion is anti-intellectual and backward-thinking, and the future of the Middle East is hopeless. Maybe this could simply be “true.” But is this any different from the common Western notions of Arab cultures already?

So what are you saying?, you ask. That he wasn’t “Arab enough” for you?

Not at all! Al-Solaylee is who he is, and Intolerable reveals plainly the various influences and experiences that led him to this perspective. He doesn’t have to represent an Arab voice, a gay voice, a gay Arab voice, a Toronto voice, an immigrant voice . . . He can simply tell his story. The trouble comes when he sets out a goal to bridge two worlds – to represent the Arab world to Western readers, but simply reinforces a West-is-Best narrative. It feels incomplete – how could it not?

That said, Intolerable has definitely inspired me to learn more about Arab cultures and histories, and is an absolutely necessary account of life as a gay person in Arab countries. My partner is now reading the book, too, and really enjoying it. I have begun searching for more books and films on this subject, and I have not found very many. What I do find, I will share with you in an upcoming post, and I am eager to hear any suggestions – please put them in the comments if you think of something. Perhaps where Intolerable failed to really “fill a gap,” it can at least begin some important conversations.