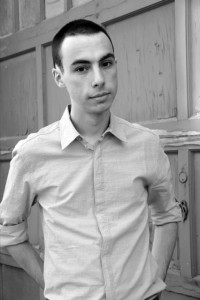 Poetry is inherently queer. At the core of a poet’s craft is an ability to toy with language in a way a prose or fiction writer can’t. There are no rules in poetry, only desires. A poet can write three lines and call it a poem, whereas a novelist must adhere to an arc of a story. Not to say fiction is heterosexual, but there is something specifically queer about poetry.

Over the decades, many queer writers have found themselves poets. Some write queerness into the poems; others infuse poems into their queerness. Contemporary poets like Dani Couture, Marcus McCann, Anna Swanson, Amber Dawn, Tanya Davis, and Zoe Whittall are in conversation with literary poetic giants like Adrienne Rich, Dionne Brand, Allen Ginsberg, Elizabeth Bishop, and Daphne Marlatt. Each poet offers a snippet of queer theory and a vantage point on our history.

In queer culture, an otter is a hairy gay man with a small frame, and thinner than a bear. In Ladouceur’s Otter, he divides the poems into three sections—“The Honeymoon Festival,” “Rites of Spring,” and “Dead Dreams of Monochrome Men.” It is within these subdivisions that Ladouceur charts the terrain of Otter.

In “The Honeymoon Festival,” Ladouceur’s poem “Gibraltar Point” stands alone, a poem both bold and beautiful: “You suddenly had the place / to yourselves, and now a new place; / some new selves.” Ladouceur closes the poem with beautiful wisdom: “All the most beautiful things / are things we rarely feel the weight of.”

He writes of the notion of the self, an instructional list of things to remember or keep in mind, “Notes to Self.” The speaker jumps from the doctor’s office to an inspiration for a screenplay and assures readers, “it is okay to spend money / on a good umbrella.” Ladouceur questions what it means to lose all your teeth in a dream—“Gut says, nothing good. The lover / is the default addressee. What’s up / with that? Look into hypnosis.”

In “Rites of Spring,” several poems resonate, including “Telegram from the Seventeenth Arrondissement,” “All Men Are Equal,” “Somdomite,” and “Masters of the Impossible.” Ladouceur opens the poem “Fossil” with the lines, “Now men embroider tortoises / with opals and lime from the kiln,” and closes with “between former lovers, former / homes and whatever imagery / has most recently disemboweled me.”

Ladouceur has an old-world charm to his contemporary poetry: characters in his poems drink gimlets, and pieces like “Butler’s Hymnal” delight. He writes, “I share my bed with two footmen / while down the stars, so many bedrooms desolate / as moons.” The language is luscious, filled with romance and yesteryear. 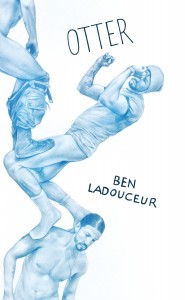 By far my favourite poem in the collection, “Goodbye, Cruel World,” closes the book. In a poetic fury, there are meditations on living. The last two stanzas of the poem could almost be chanted—“We wore condoms as the day broke. / We wore toques whose pompoms / leapt off—goodbye, cruel world!— / because that year the cold came quick. / All of that is water now. / As in, beneath the bridge.”

Ladouceur’s poems read like an offering, a confession and declaration. These are explorations of love, sex, friendship, life, and death. Readers are invited to tumble into bed, stay the night, and savour these poems over breakfast like a lover. Otter is queerly delicious.

Shannon Webb-Campbell is an award-wining poet, writer, and journalist of mixed Aboriginal ancestry. She is the inaugural winner of Egale Canada’s Out in print Award and was the Canadian Women in Literary Arts 2014 critic-in-residence. Still No Word (Breakwater Books) is her first collection of poems. She lives in Halifax.