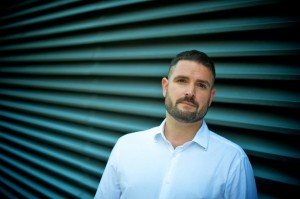 “For me, queerness signifies difference, including an expansive notion of sexual difference, rather than a strictly limited notion of ‘gay identity.’

“Exploring — and exploding — the limits of sexual and social identities has long been part of the project of Canadian writer Barbara Gowdy. The title story of her collection We So Seldom Look on Love features a woman who has sex with corpses. In the novel Helpless, feminist Gowdy offers a sympathetic portrayal of a man who is attracted to young girls, and abducts one.

“Her perverse, absurd, brilliant Mister Sandman is an examination of honesty and deception in a suburban nuclear family that, once you scratch the surface, is anything but normal — one in which everyone’s identities, sexual and otherwise, are completely unstable.

“As a budding queer writer, I learned from Gowdy to seek out and explore this kind of instability, and not to be afraid of the darkest or most controversial subjects and questions.”

Shawn Syms has written for over twenty-five years in more than fifty publications. His recently released short-fiction collection is Nothing Looks Familiar (Arsenal Pulp Press, 2014).