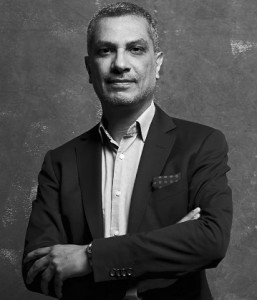 “I don’t remember how I got hold of Larry Kramer’s 1978 novel Faggots in Cairo of the mid-1980s. Perhaps my friend Omar, on whom I had an embarrassing crush in my early twenties, lent it to me. He was educated in the United States of America in the late 1970s and probably sneaked it into his suitcase on his flight home. I recall how he explained the title to me: ‘Slang for gay.’

“Still, Kramer’s depiction of the heyday of gay liberation in New York of the 1970s was intoxicating, seductive, a siren song for a young man just coming out in the Middle East. I knew I wanted to model my future life on the principles of freedom and hedonism that Kramer had minutely detailed in the novel. Only when I re-read it many years later in Toronto did I detect Kramer’s seething, moralizing tone. The book I read as a celebration turned out to be more like a condemnation of a sex-obsessed world.

“I still struggle with that aspect of the book — and part of me prefers its tales of sexual adventures to the narrative of children and wedding bells that has come to define current gay and lesbian life — but Faggots remains the single most significant work of fiction in my personal history as a gay man.”

Kamal Al-Solaylee is an associate professor of journalism at Ryerson University and the author of Intolerable: A Memoir of Extremes (HarperCollins, 2012), which was a finalist for the Hilary Weston Writers’ Trust Prize for Nonfiction and winner of a Toronto Book Award. He’s currently working on a second book of creative non-fiction.