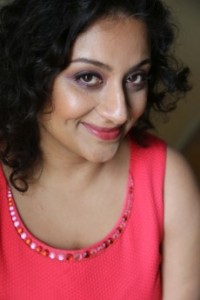 Doctor’s novel is part Rushdie with its magical-realist Azeez, a victim of the 1985 Air India bombing, who floats in and out of rooms listening in on people’s thoughts and moving objects telepathically, and part Sex and the City, with Ameera’s near obsession with sussing out new sexual encounters with the guests at the Atlantis resort. Having perished in the bombing, Azeez looks on neutrally from above, ambling in the spirit world on his own quest to make his identity known to Ameera and her mother, Nora. The combination of narratives is as alluring and original as one of the signature Atlantis Mantis cocktails concocted by hunky resort bartender, Enrique.

Despite the trouble her promiscuous reputation earns her among her co-workers, Ameera’s unapologetic carnal appetite is refreshingly bold for a literary protagonist. From her ex, Gavin, to a bodybuilding couple and a group of middle-aged swingers from Buffalo, Ameera’s sexual partners run the gamut of diversity. It is left to the reader’s imagination what a couple named Lana and Len might look like, as they are painted with vague strokes, but it is clear they resemble neither Sebastiano and Serena from Italy nor Suzanne and Doug McKay from Saskatoon. Ameera is unbothered:

An hour later, we were in Lana and Len’s suite, all of us in a state of undress. Gina and Lana made out on the couch, their legs entwined. Someone had pulled the front of my dress down and hiked it up around my waist. Len and Ned bookended me on the bed. The men were necking, their hands groping my waist and breasts.

Sex happens but it is curiously non-specific. Ameera seems to notice no particular detail of her engagements other than the fact that she is doing (or being done by) them. Hands are hands; lips are lips; an orgasm is an orgasm. The curious lack of corporal specificity fits, however, because Ameera seems less concerned with her partners’ appearances than she is that these partners aid in the definition of herself as sexually open and progressive. Even the lesbian couple she hooks up with, Wanda and Jessie, are characterized only hazily by masculine- and feminine-style distinctions. Ameera has no qualms, no limits, no physical preferences and scant self-restraint, despite the fact anonymous complaints regarding her sexual behaviour have been lodged with her tour company. Who the author of these complaints is forms a major subplot that resolves itself by the end in a somewhat guessable revelation of workplace jealousy. That Ameera clearly miscalculates the sexual orientation of resort bartender, Enrique, further suggests Ameera has traded in more astute, personalized observations of sexuality for grosser, liquor-induced pantomimes of overt sex. This is not a problem except that Ameera seems to take little away from these encounters except a baby-blue amusement at finding herself desired. In order to achieve such ends, she is even willing to re-indulge with Gavin when he is engaged to another woman.

Ameera’s physical inexhaustibility is duly complicated by Azeez’s restrictions. Confined to the otherworld since the airplane crash, he cannot communicate or interact with the living except through well-timed thoughts or telepathic object placement. As a spirit, Azeez is freed from the judgments that might otherwise pepper a South Asian father’s perspective of his daughter’s unconventional sexuality. From the other realm, human sex is viewed as akin to “playing a game of cards, negotiating a business 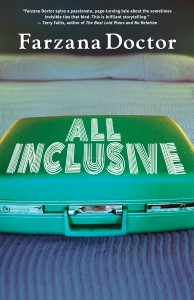 transaction, or having a conversation.” Azeez is less concerned with his daughter’s behaviour than he is with trying to make himself known to her. He dies in the Air India crash mere days after Ameera’s conception and considers that her behaviour stems from the lacunae in her personal ancestry: “Not to be narcissistic,” Azeez admits, “but I think Ameera was longing for me. To know me, my story, to know who she was in relation to me.” The absent father motivation may have been stronger had it not been explicitly stated but nonetheless provides a plausible framework for Ameera’s love-hate relationship with her lifestyle.

Where All Inclusive succeeds most notably is in its grander metaphors. Vacationers drift in and out of the Atlantis resort with comforting regularity the way Ameera drifts in and out of her lovers’ bedrooms, the way co-workers drift in and out of different positions of authority, the way all fantasies come stamped with an expiry date. Each stays for a time and then is whisked away back to colder, more realistic climates. Travel abroad provides Ameera the space to invent herself against a paradisiacal backdrop (although everything from the patrons to the daytrip excursions to the food buffets seems a somewhat hellish way to holiday). The gross inequalities inherent in the tourist industry are also present: “Do they only promote foreigners or something?” one senior Mexican worker asks. How foreign spaces work to both ensnare and free a person from ingrained expectations is the novel’s solid thematic underpavement.

All Inclusive sits at a singular crossroads in Canadian literature, offering itself both to regionalists who may delight in reading about Hamilton, Tim Hortons, McMaster University, or specific locations on Toronto’s waterfront as well as to those readers comfortable travelling to more exotic locales to participate in a lesbian three-way leopard-print-dildo session. There’s a refreshing, youthful breadth of perspective to Doctor’s novel that shines a light on the way forward for those bored to death with the claustrophobic tropes of our national literature. Doctor is a Canadian writer telling a Canadian story but without losing sight of an international, global perspective: skilfully, she links her characters and their struggles to the world at large.